Complex regional pain syndrome (CRPS) is a chronic pain condition that generally affects one limb (arm, leg, hand, or foot) usually after an injury. When an injury or surgery happens, the body can launch a response that results in increased pain. In CRPS this pain is out of proportion to the injury or lasts after the injury has healed. It is thought to be caused injury to tissue or a nerve in the peripheral nervous system followed by an imbalance of the nervous system resulting in severe pain. CRPS is characterized by prolonged or excessive pain and changes in temperature, skin color and potential swelling. One of the main symptoms is allodynia or the experience of pain from a stimulus that is normally not painful such as light touch.

Symptoms range in severity and duration. Some cases are mild and can resolve over time. In some individuals, symptoms may worsen over time and can result in long-term disability. 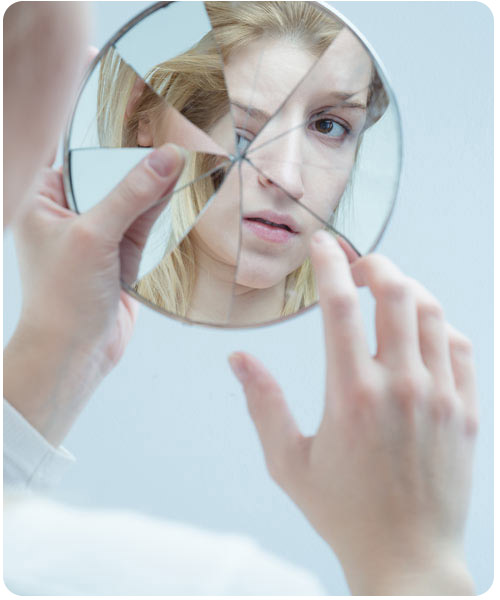 What is the cause of CRPS?

Most cases of CRPS are the result of injuries such as sprains/strains, soft tissue injury like burns or cuts, surgery, fractures, or from casting after a fracture. The body’s nervous system is divided into autonimic (automatic) and somatic (voluntary) categories. Within the autonomic system there is the parasympathetic (rest and digest) and the sympathetic (fight or flight). During the CRPS response, the sympathetic nervous system gets upregulated and increases the signal being sent to the brain ultimately resulting in severe pain even after the injury has resolved. It is an over reaction of the nervous system that results in severe pain. If left untreated it can lead to changes in the chemical signaling and chronic pain.

Although rare, some data also suggest that CRPS also may be influenced by genetics.

There are several stages of CRPS, Eary, Intermediate, and Late. If it progresses to the late stage which includes the changes to motor function, skin, and hair, it can be much harder to treat. It is important that our Albuquerque CRPS doctors treat it before it reaches this stage if at all possible.

How do you diagnose CRPS?

There is no specific test that can confirm CRPS. It is largely a diagnosis based on signs, symptoms and a good physical exam. Diagnosis is based on a person’s medical history signs and symptoms. Since the “rest and digest” and “fight or flight” divisions of the nervous system are imbalanced in CRPS, it changes the tone of the muscles of the blood vessels ultimately resulting in redness and swelling of the limb affected which can be noted on a doctors exam. The nervous system controls the pain signal and results in severe pain to a normally non-painful stimulus like normal touch. People often have pain with clothing touching the limb or wind blowing on the limb. Although most imaging modalities are not helpful in diagnosing CRPS, MRI or a triple-phase bone scan can be helpful in the diagnosis.

What is the prognosis?

It is crucial to start treatment with our Albuquerque CRPS doctors sooner rather than later in regards to CRPS. Once the nervous system gets upregulated it is more difficult to reverse these changes. The outcome of CRPS is unpredictable and varies greatly per person with the younger patient having a better prognosis usually. Desensitization is one of the cornerstones of our Albuquerque leg and arm pain treatments and can have an effect on prognosis.

Who is a typical CRPS patient?

Younger patients 10 and older are more likely to get CRPS and it often peaks in the 40’s. Usually it is after an injury, surgery, or casting from a fracture. 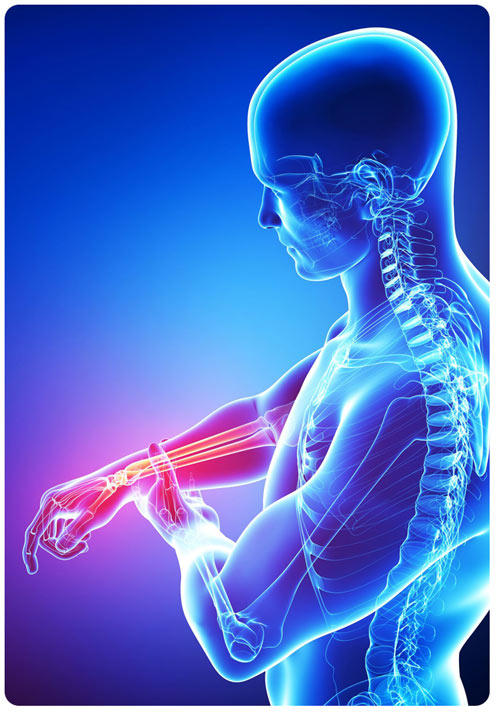 How is CRPS treated?

• Physical therapy, rehabilitation, and fluidotherapy (desensitization)
• Psychotherapy
• Medications such as bisphosphonates, anti-inflammatories, pain medications, and neuropathic medications.
• Occasionally corticosteroids can be used to treat inflammation & swelling.
• Botox injections to help with spasticity
• N-methyl-D-aspartate (NMDA) receptor antagonists such as dextromethorphan and ketamine are a different group of medications that can be used.
• Topical compounding creams that can be tailored specifically to the needs of CRPS
• Sympathetic nerve blocks such can be used to break the cycle of pain and reset the nervous system which helps the therapy be more affective. • Spinal cord stimulation can be used to block the pain signal and allow a return to function. • Intrathecal drug pumps are occasionally used to decrease pain by putting a small amount of medication in the central nervous system and avoid other unwanted side effects of pain medications.